In this post, I will write about Pragya Jaiswal Biography. She is a famous model and Indian film actress; she works in Hindi, Tamil, and Telugu film industries.

Pragya Jaiswal was born on 24th June 1988 in Jabalpur, Madhya Pradesh, and India. She was born to a Hindu religion family. She did her schoolings in Madhya Pradesh, India. She completed her graduate degree in symbiosis law School which is located in Pune.

Pragya Jaiswal a famous Indian model and actress, she looks very beautiful and fair in complexion whose height is 170 cm and weight is 55 kg her hair color is brown and her eye color is black. Her hobbies are singing and dancing, her favorite actor is Chiranjeevi, Allu Arjun, and Akkineni Nagarjuna and her favorite actresses are Anushka Shetty and Madhuri Dixitareer most favorite colors are black, white and red. Her favorite destination spot in London.

Pragya Jaiswal was born to a Hindu religion family and she was born and brought up in Jabalpur, Madhya Pradesh, and India. She completed all her schoolings and college life at Pune by the year 2010. During her college and school days, she was very much interested in the modeling field, she is also very good in her studies during her education time she has participated in various beauty pageants and she has successfully won in many of the competitions.

During the time when she was doing her studies in Symbiosis University she attended a beauty contest and by the year January 22nd, 2014 she had received the symbiosis Sanskrit Puraskar award for her achievement in the field of art and culture. She is a very excellent student in her studies and as well as in her extra-curricular activities she is very much fond of dancing she used to dance very well.

She has created a talent of dancing and modeling, from her childhood days onwards she is very much interested to join in the field of acting somehow she should become a more popular actress in the film industry for that she was aiming from her childhood days. She is a talented girl from her college days onwards she practiced herself in the modeling and acting field and trained herself to become a famous star. 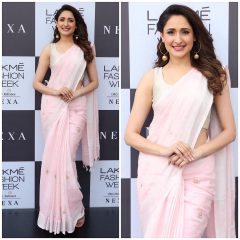 After she became popular in modeling field she had the opportunity to model in many brands like Dove Shampoo, Fashion at Big Bazaar, Reliance Digital, Dabur Vatika Hair Oil Anti Dandruff, Ensure Health Drink, Malabar Gold Jewellery, Millennium Hypermarket For Dubai and UAE and In South India Shopping Mall. And she was very happy that by the year 2016 to 2017 she was the brand ambassador for RS brothers and for South India shopping mall.

In 2014 she had an opportunity to act in Indian bilingual thriller movie which was Virattu/Dega produced, directed and written by P Kumar, leading stars in this movie are Sujiv, Erica Fernandez and Pragya Jaiswal. Music composer of this movie is Dharan Kumar and k Prasad is the cinematographer this movie was released on 21st March 2011 in Tamil and this was released by 28 November 2014 in Telugu.

By the year 2015, she had an opportunity to act in Indian Telugu film Kanche which was written and directed by Krish, leading stars in this movie are Varun Tej, Pragya Jaiswal, and Nikitin Sheer. Music composer is Chirantan Bhatt and Gnanasekar is the cinematographer this movie was released on 22nd October 2015 by first frame entertainment Production Company.

By the year 2017 she had an opportunity to act in Indian biography film Om Namo Venkatesaya this film is based on the life of Hathiram Bhavaji this movie was directed by k Raghavendra Rao, leading stars played in this movie are Akkineni Nagarjuna, Anushka Shetty, Pragya Jaiswal, and Jagapathi Babu. Music composer of this movie is M M Keeravani, S Gopal Reddy is the cinematographer and this movie was released on 10th February 2017 by AMR Sai Krupa entertainments Production Company.

Her next project in 2017 is a Telugu action comedy movie Gunturodu which was written and directed by S K Sathya, leading stars played in this movie are Manchu Manoj and Pragya Jaiswal. Music composer of this movie is D J Vasanth and Sidharth Rama Swamy is the cinematographer this movie was released on 3rd March 2017 by Clubs And Whistles Entertainment Production Company.

Her next project in 2017 is a Telugu action film Nakshatram which was written and directed by Krishna Vamsi, leading stars in this movie are Sundeep Kishan, Regina Cassandra, Tanish, Sai Dharma Tej, Pragya Jaiswal, and Prakash Raj. Music composer is Bheems Ceciroleo and this movie was released on 4th August 2017 by Sri Chakra Media Butta Bomma Creations Company.

Her next project in 2017 is a Telugu romantic action movie Jaya Janaki Nayaka this movie was directed by Boyapati Srinu, leading stars in this movie Bellamkonda Srinivas, Rakul Preet Singh, Pragya Jaiswal, Jagapathi Babu, Sarathkumar and Ananda Krishna Nandu. Devi Sri Prasad is the music composer and Rishi Punjabi is the cinematographer this movie was released on 11th August 2017.

Her next Upcoming movie in 2019 is SyeRaa Narasimha Reddy, this movie is directed by sunder Reddy leading stars played in this movie are Chiranjivi Sudeep, Vijay Sethupathi, Nayanthara, Tamanna, Pragya Jaiswal, and Jagapathi Babu. Music Composer of this movie is Amit Trivedi. The release date is yet to be announced post-production process is going on for this movie. This movie has been planned to be released in Tamil and Telugu languages.

By the year 2015, she was awarded for the best feature film in Telugu for the movie Kanche by national film awards.