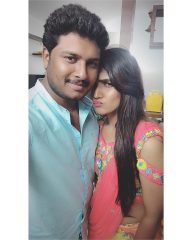 Sameera Sherief her basic profession is an actress and also she is the producer. Her height is 160 cm and weight is 50 kg. Her hair color is dark brown and her eye color is black her hobbies are playing badminton and watching sports.

Initially, Sameera Sherief dreamt to become a politician so for that she thought that acting will make people recognize her easily so she entered into the field of acting she has also attended many political meetings in Hyderabad after that she gave up a dream.

And sometimes she has thought to become a sportsperson since she is very good in volleyball and cricket after that her ambition was focused towards acting field and as a producer, she has also participated in several reality shows in television channels.

Sameera Sherief a popular television actress and also a producer initially she was not interested in the field of acting she is very much interested in dancing career during her earlier days she was more interested in the dancing career, so properly she was a trained dancer and later her father asked her to do a dance performance in his office, as per her father’s advice she accepted and she had done a beautiful performance in her father’s office on seeing her excellent performance people congratulated her and requested her to go to acting field after then Sameera Sherief thought of the acting career and she prepared to enter into the industry. 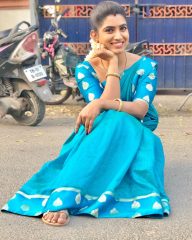 Anwar’s mother saw the photo in the Sameera sheriff’s mobile and she said that this is my son and he likes your acting after that she was introduced personally and Sameera got mobile number from his mother in order to convey his birthday wishes. And during the day of Anwar’s birthday Sameera Sherief called him and wished him birthday wishes and then they started chatting in WhatsApp and in Facebook and the time went on one day both felt in love and both the family members accepted and very soon as they are going to be getting married.

Sameera Sherief entered into the television industry when she was 17 years old she is a very popular Telugu serial actress initially she stepped into the Telugu industry and she started her first serial in Acapella and this serial which was telecasted in ETV television. She is a most versatile television serial actress and she is being performed as a lead role in most of the serials she looks so beautiful fair in complexion and she is a very old woman as a producer.

Sameera Sherief and Anwar they both of them were in love before entering into the Pagal Nilavu serial, Sameera Sherief loves the acting field and she said that she will act after her marriage also.

Sameera Sherief was very happy that Tamil audience had accepted her acting and she got many positive replies in the Facebook and Instagram posts about her acting in the Pagal Nilavu she was very happy and reply back to it.